My Photographer Works for Pizza! Inspiration That Rocks #2!

Just in case you missed "Inspiration That Rocks #1" you can catch-up HERE.

My 22 year old son, Camden (Gaelic - from the winding valley) cautiously agreed to accompany me to Hart Park (through which the Killer Kern River runs).  He informed me that he would HOLD and CARRY ONLY. The last time I handed him a camera (my Olympus) he dropped it on the concrete driveway.

As promised, I have identified the name of this Mineral.  The Reader who submitted this Opal photo is now entered in the final vote to win a Vintage Tatted Snowflake Necklace. There are now 8 photos in the pool to be carried over.
If you want to submit a photo, please email to lauramartinsemail@yahoo.com.  Remember, don't tell me the name of the Specimen.  If you use a URL make sure it doesn't contain the name in the address.
See Photo Guidelines, Giveaway info, and Schedule Dates
for Submissions and Outfit Posts HERE.
﻿
﻿﻿
﻿

After a few minutes we moved back over to the hill next to the bridge.  There is a couple standing on my OP spot now.  Camden is now taking on the tripod set-up and deciding the best location.  But I still have to tell him "Now" to push the button.  It's 3 PM and almost 70 degrees F.  I'm WARM!  But I want that bridge.
﻿
﻿
Anita kindly allowed me to take a picture with her.  Her little sister was afraid of the slats between the wood planks.  Now Camden really shows his TRUE GRIT.  He tells Anita to look at him and smile in his sweetest voice.  She's a cutie.  And now we can get down to business and get the shot I want.  He moved the tripod off the trail and up the hill, claiming that was the best spot.  Now he's calling the shots.  He took about 5 photos to get this one.


I love my son for taking this photo!
﻿ 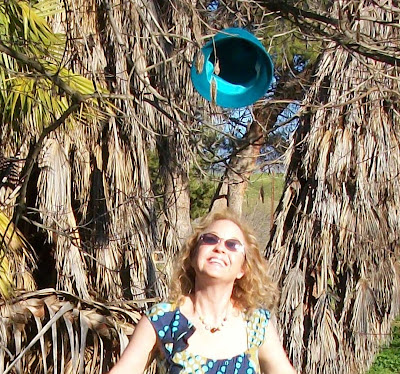 ﻿
As we drive back to town, he tells me that he wouldn't mind doing this again as long as I pay him in Pizza.

Don't forget to submit this weeks photo.  If you submit one per week, it will increase your chances of winning the giveaway necklace.

Anthro Sister Love, Laura (lauramartinsemail@yahoo.com)
Posted by Laura at 8:40 AM

Hi, I do believe this is an excellent website. I stumbledupon it ;) I'm going to come back
once again since i have book-marked it. Money and freedom is the greatest
way to change, may you be rich and continue to guide others.

Hello, after reading this awesome piece of writing i am too delighted to share my know-how here with colleagues.
icare data recovery pro 7 crack

Lovely & informative blog. i just want to know how you build this blog?
Avast cleanup activation code for free

Nice blog. thanks for shared with us.

Amazing blog i love it thanks for shared with us.

There are many many beautiful prom dresses on http://www.glamchase.co.uk. Have a look on it and you will not be disappointed.
sexy dress in london

see more Editing photos to make beautiful portraits of individuals, including additional elements to the picture check more 2017 Calendar Printable that can be printed. You do promises to our selves to follow some discipline see more

Hi, Everyone. Today i noticed your blog Thanks for the sharing great post. Its very useful for me. Keep it up admin.
dissertation in Management

Find me on Polyvore

Your Constructive Criticism is Welcome 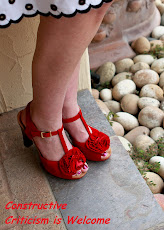 Laura
Bakersfield, California, United States
An OCD organization freak. Artistic by nature. Not by trade. Obsessed with Anthropologie. Top 10 Anthro Reviewer in a NO ANTHRO ZONE. Working in the oil rich Central Valley of CA.